The 8th Annual Strong Awards Breakfast to celebrate the outstanding achievements of women and girls in our community was a success! We exceeded our fundraising goal, securing over $105,000 for our mentoring programs. Thank you to our sponsors, donors, attendees, and supporters!

The 2022 Strong Awards featured three exceptional women and girls and a company/organization advocate as this year’s Strong Award winners. We hope you’ll join us in congratulating them on their perseverance, character, and commitment to the community. Read more about them in our digital program booklet linked above. 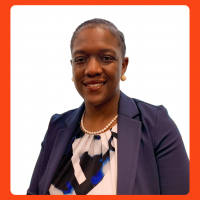 She previously served as an Assistant Professor at the Graduate School of Public and International Affairs at the University of Pittsburgh, as an instructor in statistics and housing policy, specifically affordable housing and fair housing. Prior to joining YWCA, she was Senior Director of United for Families and 2-1-1 at United Way of Southwestern PA.

Dr. Reynolds is the 2020 ATHENA award recipient, a 2021 Pittsburgh Business Times Woman of Influence, Pittsburgh Smart 50 Class of 2020, member of the Board of Directors for Sustainable Pittsburgh and Pittsburgh History and Landmarks Foundation, Adagio Health Advisory Board, and Highmark Western Region Advisory Board. Dr. Reynolds, a mother of four and caretaker for her mother, is an Associate Pastor of her church. 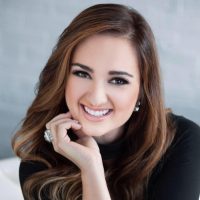 Celina is also an on-camera host for the Pittsburgh Penguins and has been with the team since September 2014. She loves meeting new people at PPG Paints Arena, as the in-arena host for every home hockey game.

Make an even bigger impact by sponsoring the Strong Awards next year in 2023. Email mescajeda@swsg.org for more information.