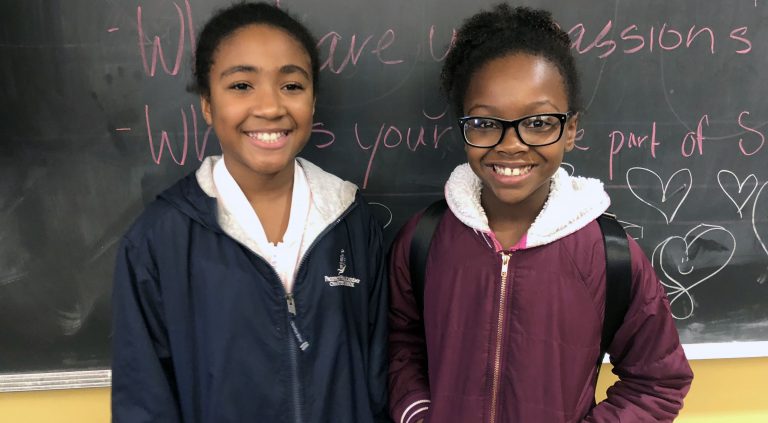 Each year, the Eastern Bank Charitable Foundation’s Targeted Grant program supports hundreds of community-based organizations working for progress on a specific issue in Eastern’s New England footprint. In 2018, in celebration of the Bank’s 200th anniversary and to honor its first depositor, Rebecca Sutton, Targeted Grants have been designated to support organizations addressing a range of issues that disproportionately impact women, such as sexual assault, domestic violence, human trafficking, health care, pay equity, and senior management and board representation. Strong Women, Strong Girls is among 170 nonprofits each receiving a $10,000 grant. In total, Eastern is granting $1.7 million in Targeted Grants this year to nonprofits in communities from New Hampshire to Cape Cod and throughout the South Shore, North Shore, Metro West, Merrimack Valley and Greater Boston.

“We are proud to partner with Eastern Bank, an institution that boldly recognizes and addresses complex social issues that directly impact the communities with which we partner,” states Siiri Morley, Executive Director, “When people learn that a girl’s confidence peaks at age 9, they begin to understand how critical it is to support girls in staying strong, confident and self-possessed. This grant is a tremendous contribution to the girls and women in Boston.”
Eastern’s Targeted Grant program this year creates new opportunities and resources for women in areas where assistance is needed the most. The facts are staggering:

“We believe in breaking down the barriers that stand between people and prosperity. That’s why Eastern is a strong advocate for the advancement of women,” said Bob Rivers, Chair and CEO of Eastern Bank. “With each Targeted Grant, we aim to enhance the lives of our neighbors and contribute to real progress around the advancement of women in our local communities. On behalf of everyone at Eastern, we congratulate this year’s Targeted Grant recipients and thank them for working to level the playing field.”
For a complete list of the 2018 Targeted Grant recipients, click here.

About Eastern Bank
Founded in 1818 and celebrating its 200th anniversary in 2018, Boston-based Eastern Bank is America’s oldest and largest mutual bank, with $11 billion in assets and over 120 locations serving communities in eastern Massachusetts, southern and coastal New Hampshire and Rhode Island. Eastern provides exceptional access to fairly priced banking, investment and insurance products and services for consumers and businesses of all sizes, and for the eighth consecutive year is the #1 U.S. Small Business Administration lender in New England. Eastern Bank, which includes Eastern Wealth Management and Eastern Insurance, is known for its outspoken advocacy and community support that has exceeded more than $110 million in charitable giving since 1999. The Eastern Bank Charitable Foundation is a leader in corporate philanthropy and serves as the charitable arm of Eastern Bank. An inclusive company, Eastern employs 1,900+ deeply committed professionals who value relationships with their customers, colleagues and communities. Join us for good at www.easternbank.com and follow Eastern on Facebook, LinkedIn, Twitter and Instagram.