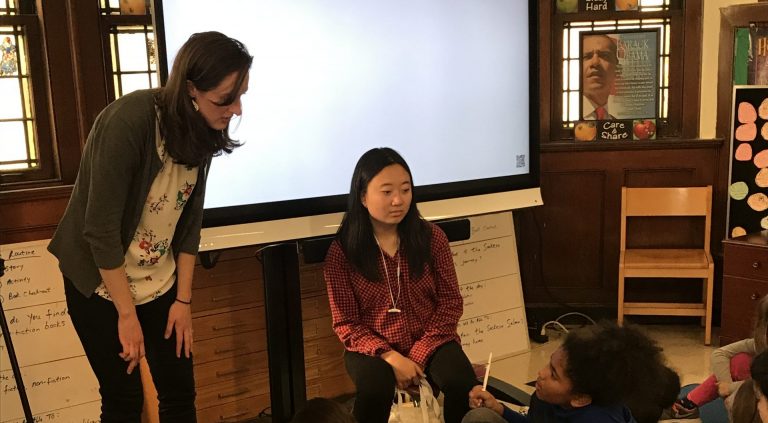 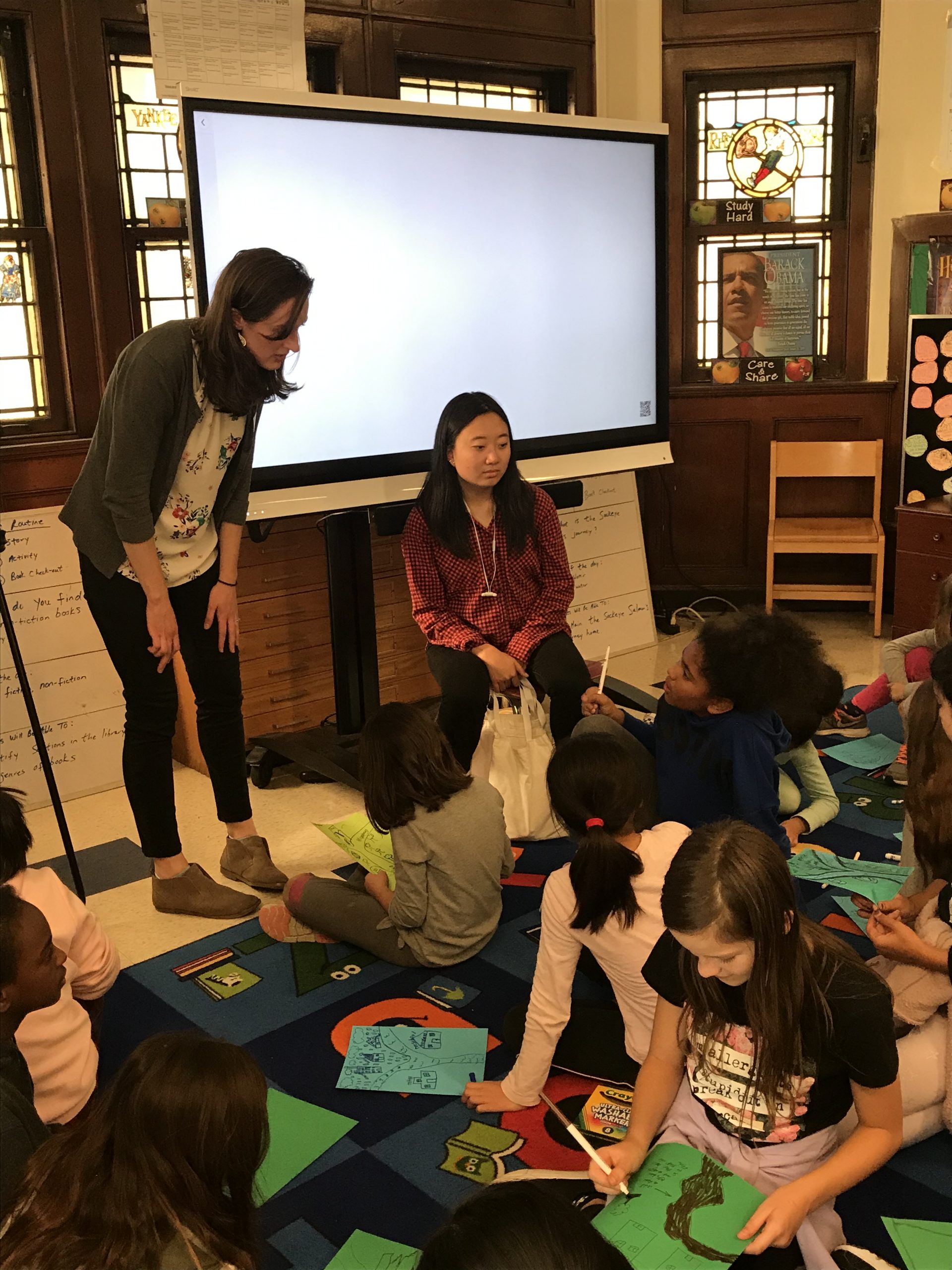 Meghann and the girls of Colfax Elementary.

During her second semester as an SWSG Role Model in Residence, Meghann Wygonik Kinkley (Army Corps of Engineers) spent a memorable afternoon with the girls of SWSG Colfax Elementary delivering her lesson as part of the RMIR program. She was excited to find a group of nearly 40 girls at the site!

Meghann read her autobiography with the girls, who learned what it means to be a water resources engineer. Afterward, she dove into her activity, “River Water Board Game,” during which girls played a board game where they were engineers operating a dam to meet the needs of the downstream community. She quickly realized that the group of girls was too big to play the game all at the same time. On the spot, Meghann came up with another creative activity to help the girls learn about water engineering. While half of the girls played, the other half made drawings of ideas to prevent flooding in Pittsburgh.

Not only did the girls come up with inspired flood prevention ideas that, Meghann said, even some of the most seasoned professionals have suggested, but they also had a great time rotating through activities and exploring a new career field. Meghann’s creativity, adaptability, and connection with the girls made her an amazing role model that our girls will always remember. Thanks, Meghann!