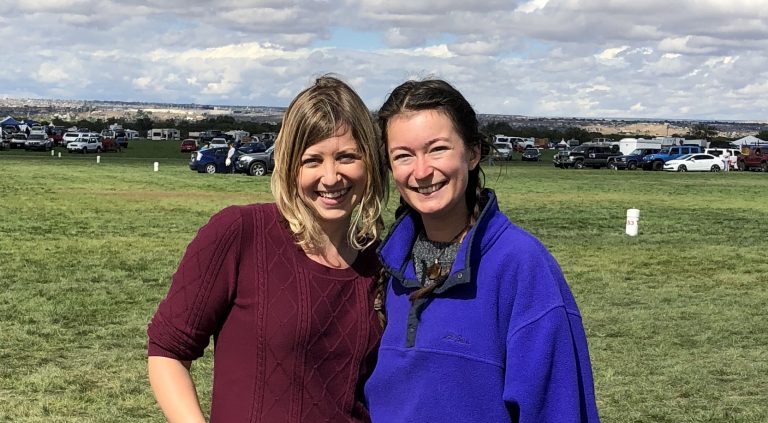 Erin (left) and Jennie have been a mentoring pair for nearly 5 years. They’ve continued their relationship outside of SWSG and love being together!

Each year, about 200 professional and college women in Pittsburgh are matched into Strong Leader mentoring pairs through Strong Women, Strong Girls. Through the Strong Leader program, professional women mentor college students who are serving as mentors for SWSG’s elementary school girls. The pairs discuss academic and career advice, go to networking events, and share insights.
But every mentoring relationship is unique and special, and they’re often relationships that last for life. That’s the case for Erin Brubaker and Jennie O’Donaghue, a mentoring pair who’s been together nearly four years. They were matched when Jennie was a sophomore in college and just starting out as an SWSG mentor. Now, Jennie has graduated from the University of Pittsburgh, but Erin is still her mentor – in fact, they spend more time together than ever, and they have no plans to separate!
We asked Erin and Jennie to tell us about their relationship and what it means to them. Read what they had to say:

Question: Tell us about yourself!

Erin: I have an Associate’s Degree from CCAC in Graphic Design and a Bachelor’s Degree from Point Park University in cinema and digital arts. I have my own photography business, but I’m also a kitchen designer. I’m from Harrisburg but I’ve lived in Pittsburgh since 1998!
Jennie: I’m from Chicago and moved to Pittsburgh to go to the University of Pittsburgh, where I majored in Urban Studies and Spanish and got a certification in Latin American Studies. I graduated in 2018 and am now working for the SWSG Pittsburgh office! While I was in school, I was involved with SWSG, Spanish Club, and the Pitt Dance Ensemble. I had two different internships with the Center for Latin American Studies and studied abroad to Spain and Mexico.

Q: How long have you been involved with SWSG?

E: Four years as a professional mentor. I was looking for a way to give back to the community using the skills I have, and something about SWSG spoke to me with the whole idea of empowering women and building confidence in young women. I applied, and before I knew it, I was mentoring Jennie!
J: My roommate got me involved with SWSG at an activity fair our freshman year. We went to an information meeting and were hooked!

Q: Why become a part of the Strong Leader program?

E: I love the idea of building confidence in young women – I still struggle with that, even in my 30s, and many women continue to struggle with that. I’ve accumulated a certain amount of experience in terms of work, life, relationships, and I felt like this was a skill I have to translate to someone – helping women feel they can take on anything they want.
J: I had this idea in college that I didn’t need to network to be in social work. But my roommate had a Strong Leader and I wanted the kind of relationship and opportunities that she had. Erin has helped me prepare for the future in a lot of ways with goal management, staying organized, career materials, and what I want out of life.
E: Yeah, and even though SWSG strives to be a model with a trickle-down effect, it works the other way. Jennie has encouraged me to do things outside of my comfort zone and pushed me! I really value her as a human being – you’ve taught me to take things as they come, and you have a very relaxing vibe.

Q: Tell us about your mentoring relationship!

E: While Jennie was in college, we tried to meet once a month at a coffee shop or something like that. It was easy and we really started just talking about what was going on with her week. In terms of career goals, we’re polar opposites. But we would talk about work/life balance, managing stress, and taking in experiences. I tried to get her live each moment because life is going by really fast, but also be serious about helping her with her career goals. I’m pretty well connected in Pittsburgh, so we were able to network and get to people that would help her.
J: I was originally looking for someone in social work, but I met Erin at a mixer and she was so great that I requested her. We have the same beliefs and outlooks on life, so we always had things to talk about.
E: And we’ve both been bitten by the travel bug! I’ve been living vicariously through her.
J: We hit it off so well that we actually stayed connected all during my study abroad in college. There were moments when I had freak-outs so we talked on Skype or over the phone or emails. She helped me a lot with developing cover letters and resumes while I was abroad so I could apply for internships when I got back.
E: I think it was nice for her to have someone to talk to while abroad who was familiar but wasn’t a friend or family member – kind of an unbiased party who would say “go, experience!”
J: That’s so true – having you as a friend, but not a parent – that mentor relationship was so important for me.

Q: How has the Strong Leader program impacted your life?

E: The best part of this experience is just seeing her grow and seeing her take on leadership roles. Seeing you really come into your own and be comfortable with your own skills and who you are has just been amazing.
J: It’s a hard question to answer because Erin is just the best part. I never would have met her without SWSG. I think it’s just the conversations we have – we would meet with a goal in mind and talk for four-and-a-half hours without ever getting to it!

Q: You’re still in a mentoring relationship now, even though Jennie graduated. Why?

E: I told her I would never stop mentoring her. Even without the structure of college or SWSG, we’re just chatting about life! It’s really important that all women understand it’s okay to ask for help. It’s okay to just want to talk to someone and not handle it all. I always try to hold back on divulging too much about my personal life because I do realize it’s about helping her – I want to keep the focus on her.
J:  That’s been so great because I really needed that in college and now. I don’t feel like I’m the type of person to talk about myself, but with Erin, it’s the total opposite.

J: I do think the model works – what Erin was helping me with in college around career goals didn’t necessarily translate into my mentoring with the girls, but our relationship and having a role model and noticing the things I loved that Erin did – I wanted to bring those into the mentoring space. It was easy to transfer those skills between the two mentoring spaces. Erin also helped me be more confident!
E: I’m shocked this organization hasn’t spread across the country, because it’s so amazing how it’s structured. It’s really important that women help each other and girls and help them manage their life. There are a lot of elementary girls who just don’t have a strong role model in their lives, and this organization helps with that.